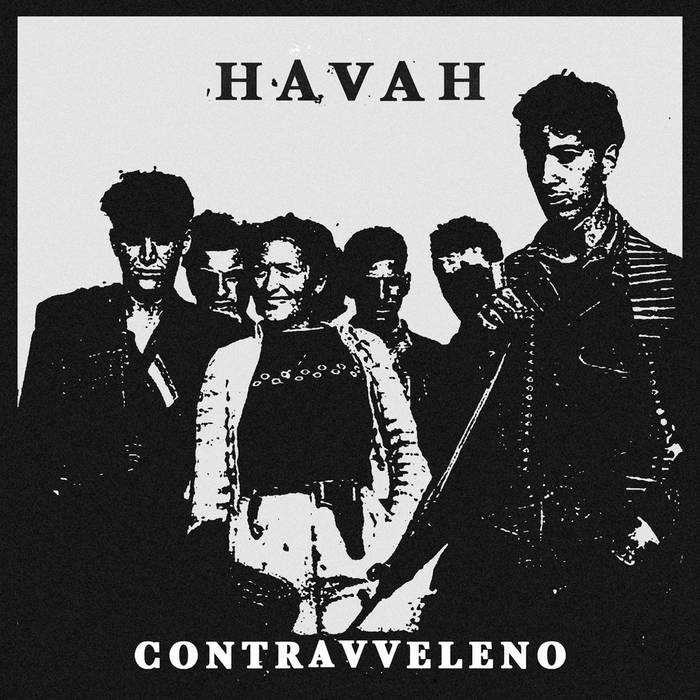 Waxaholics Anonymous A bump-up in fidelity from their past work makes for a much more impactful listening experience. All the things I love about post-punk circa early 1980's. Mysterious, gothic, danceable, and catchy as all hell. Favorite track: L'accettazione.

No choice, no thoughts, no time for decision-making, just action. An easy quick antidote for the venomous spit flying your way. Duck, hide, run… but fight back. Contravveleno is Havah’s third proper LP, their most razor sharp, dense and assertive effort, a cold plunge by one of Italy’s darkest bands into one of the countries’ most wretched pictures, a moment that united the toughest and brought out the bravest.

Contravveleno’s story runs deep, amongst the hills and countryside’s of Ravenna and Forlì. Inspired by a real life story told by Italian partisan Nullo Mazzesi to Havah’s Michele Camorani: “When I was twelve years old. I stole some guns from the Germans occupying our territory, while I was running away through a cabbage field the Nazis kept shooting at me, I could see the bullets blast the cabbages into the air around me. But they didn’t get me, I managed to escape!”. That image stuck in Camorani’s mind, a little boy understanding that he is probably about to die for a political act that he is not even 100% aware of.

Contravveleno is a black and white, post punk record, that speaks through images and small episodes of resistance of women and men that were not heroes, just ordinary people having to defend, attack, kill, die or withstand atrocities. At a time where there was no other possibility, these people, consciously or unknowingly were the antidote, the ‘Contravveleno’ between fear and the certainty of a rebirth. There are no slogans, no songs of glory, just the stories and trauma of those who by choice or lack of alternative became a protagonist in the events.

Havah is the brainchild of Michele Camorani, the man behind La Quiete/Raein, not one, but two (!) of the most successful DIY punk hardcore bands to ever emerge from the decadent Italian peninsula. His two LP’s Settimana and Durante Un Assedio have been hailed back home as classic dark-wave gems with a post-punk industrial backbone and one foot slipping into death-rock territory. Think Bauhaus meets Diaframma meets CCCP. Forever Resist!

Semiratruth joins the show to discuss their latest release, "loading..".